I was there… The House that John Lennon Bought – and Sold 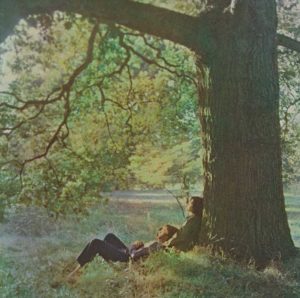 Most Georgian country houses are known for their architecture and gardens – their previous occupants too unremarkable for either history to remember them or for us to take more than a passing interest. Some properties, though, are actually famous simply because of the people who made them their home. Properties like Tittenhurst Park…

Tittenhurst Park (Grade II) was built in 1737 in the Grecian style with an Ionic portico and a later stucco exterior (c.1830). It stands within a large estate that today still runs to 72 acres. In 1969, it was bought by John Lennon who, with Yoko Ono, set about changing its layout. By the time they’d finished, the ground floor to the front had been converted into a single, open-plan (and very white) space. During their brief residency, the house and grounds were the backdrop for many an iconic photo – the last group picture of The Beatles before John walked out; several Plastic Ono Band album covers and, most famously, the Imagine video.

But two years later, they moved to New York and Lennon sold Tittenhurst Park to his former bandmate, Ringo Starr. The Starrs lived there until 1989 when Ringo sold it to Sheikh Zayed bin Sultan Al Nahyan, President of the United Arab Emirates.

And that was where I came in …

The Sheik immediately started on a massive building and restoration programme. Which is how I found myself restoring the stucco detailing and rendering. So, as much as I would love to be able to tell stories of how Lennon bought me a cup of tea, unfortunately, I can’t. But just being there, standing in the same room as he and Ringo had or going through the same front door in the footsteps of all four of them was the next best thing.

Now, throwing TVs out of hotel windows or driving a Rolls Royce into a swimming pool is all very well, but John and Oko went one better – they had a lake illegally dug and filled at Tittenhurst Park and having sat under the same tree in the photo, I can understand why.