BRICKThe glorious variety of the everyday

A building material used in masonry construction. Traditionally, bricks were composed primarily of clay, but now the term can denote any rectangular unit laid in mortar.

For more information about POINTING and MORTAR, please click HERE.

For over 10,000 years, bricks have shaped our built environment and the majority of buildings standing today are made of, or certainly feature, brick. They are the key building material and, as with so much that is commonplace, are often taken for granted.

The building industry is made of many specialist trades working together with mutual respect: carpenters stay clear of masonry; plumbers don’t touch wood; electricians won’t go near a gas main and, though we are often called in to advise on the type of brick, we leave bricklaying to the bricklayers. We come in once they have been laid – whether it was last week or a century ago – and specialise in brick cleaning, and restoration; pointing and repointing…

To the uninitiated, colour and weathering aside, one brick wall or facade may look like any other. But we work with bricks, old and new, every day and recognise their many varied forms and, critically, understand that the type of brick dictates how it must be treated.

The base materials of traditional bricks are essentially fixed: sand, clay, lime, iron oxide and magnesia. But the proportion of each of these can vary by double or more. And the make-up of the brick (including the type of sand and clay) dictates the type of mortar, the style of pointing and the cleaning materials that can be used.

A Selection of Important Brick Types

There are hundreds of brick types readily available, each offering a unique variation in colour, texture and application. And each requires specific handing when it comes to cleaning, restoration or replacement, from the choice of mortar to the style of pointing. Bricks can be divided into three main categories based on their main use: Common Bricks that remain hidden within the internal structure; Face Bricks, used to create a distinctive facade and Engineering Bricks, designed to meet a specific construction requirement. The following is just a selection of individual types: 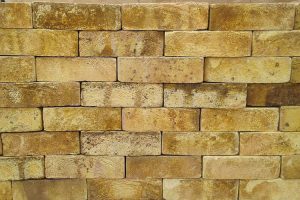 Also called Yellow Bricks, these are porous as is their traditional lime mortar. Consequently, they should be flush pointed so water runs away and cannot collect in the joints. Should they need replacing, the new bricks must be the same or at least of a sympathetic and compatible material to ensure the wall remains waterproof. 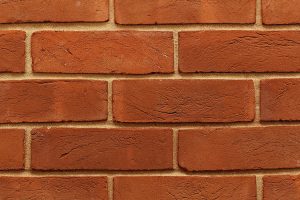 As the first imperial brick, they are also one of England’s oldest. They have been used extensively from the C.17th, initially in London and the South before quickly spreading across the country. Their long history, high quality and decorative appeal means they are equally in demand for restoration and new builds. Famed for both their soft texture and colour, they’re called ‘Rubbers’ because they can be rubbed by hand to create surprisingly ornate shapes and though they are predominantly ‘red’, they display a subtle, and harmonious, colour palette from pale orange all the way to dark red. The face can be either smooth or with a slight creasing. 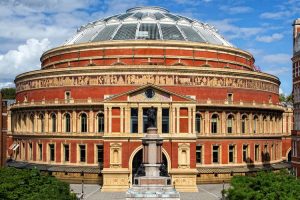 This distinctive, red-tinged brick goes back to the 17th century and was used extensively, and iconically, on the facade of London’s Royal Albert Hall. 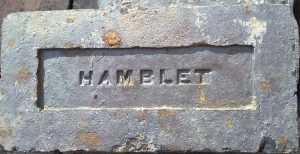 Firing at high heat in a low-oxygen reducing atmosphere produces this exceptionally hard and impervious regional brick. The Etruria marl, a local red clay, from which the bricks are made, develops the characteristic deep blue colour in the kiln. Historically, it was the brick of choice for foundations, bridges and canal tunnels and are still used today for paving, facing, capping and, of course, decoration. The Joseph Hamblett brickworks opened in West Bromwich in 1851. With a water absorption of less than 4.5%, they are classified as Class A. 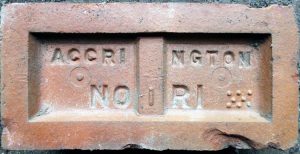 An exceptionally strong and impervious iron-hard Engineering Brick (Classs B). Accrington bricks, or Noris, are also acid-resistant so were traditionally used to line flues and chimneys. They were produced in Altham near Accrington, Lancashire, from 1887 to 2008. They were used for the foundations of both the Blackpool Tower and the Empire State Building. Following a £1m+ investment, production restarted at the factory in 2015 with the capacity to produce 45 million bricks a year using the 30-40 years of clay reserves in the quarry next door. These bricks were acid resistant, so could be

“Fire-clay bricks that have a dense and strong semi-vitreous body and which conform to defined limits for water absorption and compressive strength” BS ISO 6707-1;2014

The term Engineering Bricks is, perhaps, a little misleading because the name simply refers to the type of job for which the bricks are uniquely suited – in terms of size and general appearance they are no different to ‘ordinary’ bricks. This means they can be used just like any other brick but they really come into their own when the job requires bricks of exceptional strength, low water porosity and/or acid (flue gas) resistance are required. So, for example, Engineering Bricks are used for damp-proof courses, bridges, tunnels etc. They are available in two basic specifications:
CLASS A: Have a strength of 125 N/mm² and water absorption of less than 4.5%. They are usually blue due to the higher firing temperature.
CLASS B: Have a strength greater than 75 N/mm² and water absorption of less than 7%. They are usually red due to the lower firing temperature.

Brick size, too, varies. While today’s ‘standard’ British brick is 215 × 102.5 × 65 mm, laid with a 10 mm mortar joint (producing a finished ration of 6:3:2), variations are not uncommon, requiring adjustment and care. Older buildings will often feature slightly narrower brick with a width of c.51mm.

Bricks, regardless of how they are manufactured, generally have the following constituents. Proportions are by weight:

How a brick is manufactured (extruded, wire cut, moulded, handmade…) before firing and whether it is hollow, perforated or keyed must also be taken into consideration.

Pointing and repointing may be among the most commonplace tasks in construction and restoration, but it should not be dismissed as little more than grouting on a grand scale.
It starts, of course, with getting the mortar right but how that mortar is applied is equally important. We’ve seen that choosing the right finish can determine durability – pointing is brickwork’s weakest link – but it also determines the final aesthetics. And, on Heritage buildings, it has to be historically true. Pointing is a tradition in its own right and knowing whether to go for Flush, Recessed, Weather Struck, Bird Beak or an artisan pointing like Penny Struck or Tuck, is essential. Fortunately, in the hands of a craftsman, all these choices are available.

It is worth mentioning that our repointing skills, vital for the restoration of old or Heritage buildings, are equally applicable to pointing a brand new structure. We are experts in both.

As with any other stone material, cleaning brickwork is a skilled and surprisingly delicate operation. Brick is meant to weather and gain a patina, that thin layer of benign wear that both protects and creates brick’s distinctive and attractive character. Heavy-handed cleaning can easily destroy that patina or, worse, create a miss-matched patchwork of old and new.

How the mortar is treated is equally important as it is even more at risk from unsympathetic treatment. And, of course, ordinary buildings of no special historic interest or particular aesthetic appeal must still be cleaned sympathetically.

And, as mentioned, all the chemicals we recommend are designed to be biodegradable and animal and human friendly in use.

As with all other stonework, brickwork may be beyond just cleaning and require repair or replacement. Naturally, we have the skill, knowledge and experience to do this seamlessly for Heritage and Listed stock.

To sum up: we have the proven expertise to carry out cleaning, restoration, repointing and replacement of listed and protected brickwork to the highest conservation standards.

While new manufacturing methods and formulae have not replaced what we still regard as traditional bricks, they are writing a new chapter in brick’s long history.

are neither fired nor made from clay. Rather, they are a blend of sand, quartz, crushed flint (or siliceous rock) bound with lime. They can also be coloured with the addition of selected minerals. Once the lime has hydrated, the mixture is pressed into moulds and sent to the autoclave for curing. They are not commonly used in the UK, but their proven track record in Sweden, Canada, America and India suggests that may change.

are also cured rather than fired, though using low-pressure steam. They are able to withstand the harshest of environments and can be made in a range of shapes, sizes, colours and finishes that clay bricks cannot match. However, they contract and expand more and movement joints need to be placed every 5 to 6 metres.

are just that – local earth mixed with enough water to dampen it and then formed in either a mechanical or manual press. For added strength a little cement binder is added to create Stabilised Compressed Earth Blocks. One of the very few ‘bricks’ that lies outside of our expertise.