A naturally occurring solid aggregate of one or more minerals or mineraloids. Three major groups are defined: igneous, sedimentary, and metamorphic.

Natural stone is durable, practical, attractive and versatile and defines as much of our architectural landscape as it does of our natural topography. This country’s long tradition of creating remarkable stone buildings continues and we are at the heart of their creation, cleaning, restoration and preservation. To do this we need to understand a huge variety of different stones as each one has to be treated in a particular way. Here’s a few of those we most frequently encounter…

“A soft calcareous sandstone quarried underground in the upper greensand beds at the foot of the North Downs and, thanks to its susceptibility to the atmosphere, it last featured in a new construction project in 1939.” 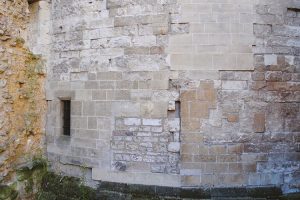 It was used in early churches, the Tower of London, Hampton Court and other high-status buildings though much has been replaced with Bath Stone, Chicksgrove limestone or other stones.

“A hard grey limestone found in the Hythe Beds of the Lower Greensand.” 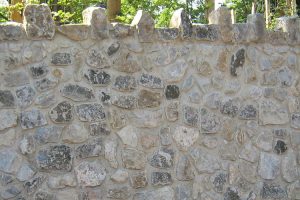 Still an important building material today, the Romans used it for blockwork as did the constructors of many a landmark building including Westminster Abbey, the Tower of London, Dover Castle, Knole House, Ightham Mote and Maidstone Prison. 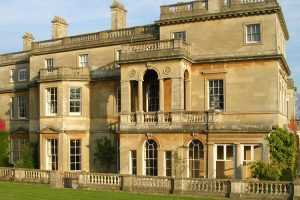 Warm, distinctive and honey coloured, it is seen in countless churches, public buildings and private houses right across Southern England. It is also durable, and practical: as a freestone, it can be squared up (cut) in any direction

“A white-grey, fossil-rich limestone from the Tithonian stage of the Jurassic period; quarried on the Isle of Portland, Dorset.” 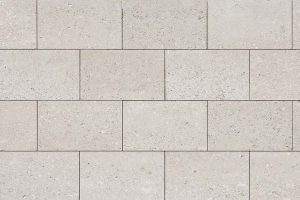 “A common felsic intrusive igneous rock, at least 20% quartz and up to 65% alkali feldspar. Granular, phaneritic and predominantly white, pink, or grey.”

Although Egyptians were using granite 5,000 years ago, we had to wait until the early 18th century and the invention of steam-powered cutting tools before its full potential could be realised. It soon became a stone of choice for monuments and, in the case of Aberdeen, an entire city. 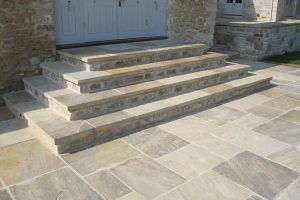 Hard-wearing and exceptionally weather resistant, it was originally used in its Northern heartland for roofing slates (thackstones) but found its true purpose as a paving and walling stone when it came South.
There is nearly as much stonework under our feet is in front of our eyes and whether it is a Yorkstone patio, brick pathway or the flagstones of a medieval quadrangle, horizontal stonework requires the same expert care, attention and in-depth knowledge of materials. 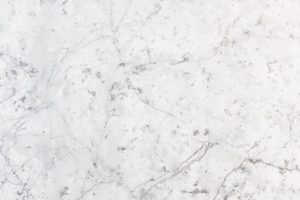 Purbeck Marble from Dorset features in most of the southern cathedrals; County Durham’s black Frosterley Marble has decorated churches for over seven centuries – but most of England’s marble has been imported, mainly from Italy. From statues to decorative detail and on to more substantial block-work, marble continues to add both classical elegance and shimmering detail to our buildings and structures.

There’s more to stone than external building blocks. Stone is as important inside a building as it is out. And cleaning or restoring, say, an Adam’s fireplace, exposed brickwork, the ornate detailing of historic and contemporary interiors or the polished stone of a modern floor will also benefit from our specialist skills.