While pointing is a combination of skill and technique applied with due reference to historic tradition and current aesthetics, understanding mortar also requires an appreciation of chemistry. Prelude Stone has that expertise and experience… 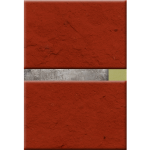 The most common of all pointing styles in England and the firm favourite of the mass-market housebuilders as it is quick (and therefore inexpensive) and maintains a standardised appearance. Because Flush pointed joints are formed without compacting the mortar surface (no tools are used beside a trowel to apply the mortar), they are less resistant to water penetration. On the other hand, because the joint is completely filled with mortar, there is nowhere for rainwater to collect. During the 17th and 18th centuries, after the Flush Pointing was finished, the façade was often colour washed and the joints neatly pencilled, guided by a rule. The result can resemble Tuck Pointing. 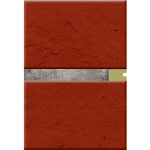 The mortar is applied as above and, while still wet, an old penny is rolled along the centre of the joint guided by a rule creating a 2mm-3mm groove. A knife was also used – but never the pointed tip of a trowel. It’s a simple technique requiring considerable skill. 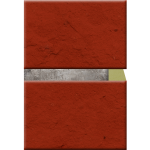 First used in the C.19th, Weather Struck joints are formed with trowels. The inset edge at the top of the joint should be kept to a width of c.2mm – the thickness of the trowel blade is a good guide. The forward edge at the bottom should finish on the edge of the brick. This gives a neat, well-ordered appearance that catches the light, accentuates shadows and works best with well-formed – and well laid – regular bricks. 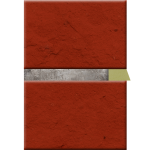 The inset (top) edge in Weather Struck and Cut joints is created as it is in regular Weather Struck, but the forward (bottom) edge is projected about 2mm beyond the brick surface. This is achieved with a straightedge and a Frenchman, a knife with a specially shaped blade. The effect adds to the accentuation offered by standard Weather Struck and so really does work best with well-formed – and well laid – regular bricks. If used with imperfect stock, the inevitable variations in the joint widths risk producing a coarse, heavy appearance. 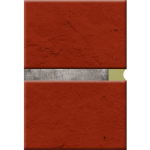 A Bucket Handle joint is formed by pulling along a half round or circular jointer along the joint and in contact with both brick edges. Specialist tools are available, though the different textures achievable with mundane and repurposed alternatives mean that dowelling and off-cuts of hoses and cables etc. are often preferred. It provides a neat, finished look without adversely affecting strength or rainwater repulsion. Definitely worth the little extra effort required.
NB: A variation – V pointing – uses an angular tool to create the straight lines of an incised ‘V’ as below 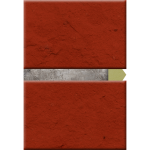 Bird Beak, was developed during the Tudor Period (vide Hampton Court Palace), primarily to overcome the irregularity of bricks of this period. The finish was/is created by using a pointing trowel, angled from the top of the joint to the middle first, and then from the bottom to the middle, slightly recessed. Although today it’s mainly applied during period restoration, it can work on more modern buildings though is best avoided if the brickwork is unprotected and/or faces regular winds. Damaging rainwater will collect in the bottom. 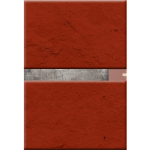 Developed in the late C.17th as a means of giving the appearance of rubbed and gauged brickwork, even to the cheapest and most irregular of bricks. The joints are filled with a mortar coloured to match the bricks into which a line is scribed and ribbons of a fine lime putty laid into the resultant groove to give the effect of a c.5mm joint. Today, what was once a sly trick-of-the-trade is recognised as the ultimate in pointing styles and craftsmanship.
PS: Perhaps the most famous example of Tuck in England is the façade of 10 Downing Street. When the building (along with Nos 11 & 12 – 500+ rooms in total) was completely reconstructed in the 1960s, the bricks were discovered to be yellow London Stocks, coloured black by centuries of pollution. As that look had become so inconic, the restored building was painted black and tuck pointed in white 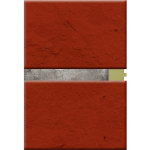 Just as Tuck was developed to imitate rubbed and gauged brickwork, so Bastard Tuck imitates its shorter namesake via a much simpler technique: the joints are pointed flush and then ruled top and bottom with a Frenchman while still green(wet) leaving a ribbon-like protrusion, of the desire width, in the centre. The style is not common as it is somewhat fragile. It is generally found on buff-coloured brickwork with a matching neutral mortar. 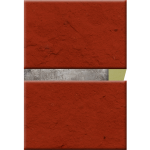 Developed in the early C.17th to help define straight lines when laying poor and irregular bricks, it’s not recommended for external use as rainwater will easily settle. 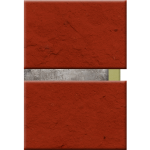 Recessed pointing is achieved by raking out, or pushing back, the mortar to a consistent depth of 5mm to an absolute, and not recommended, maximum of 10mm. A wheeled jointer is often employed for the task. The mortar can be left with a roughened texture but compacting its surface will improve its resistance to rain penetration. And there’s the problem. Recessed pointing, especially when subtly employed, does look good but really is unsuitable for any exterior facing any chance of exposure to, say, wind-driven rain. And in locations that regularly drop below freezing, you should only use it with properly frost-resistant bricks conforming to the durability designation F2 in BS EN 771-1 Specification for Clay Masonry Units.
NB: Semi-Recessed Pointing (in which the mortar is indented by no more than 5mm) was common during the Georgian and Victorian periods and if you own a listed house of this period featuring the style, restoration work would have to retain it. 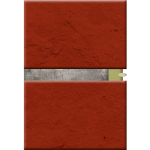 Galletting is a distinctive pointing style in which spalls (small pieces of sandstone or flint) are pushed into wet lime mortar. It was primarily used on sandstone or flint structures such as castles, churches and walls. There is evidence of its use at Windsor Castle (n.d.), Eton College (c. 1441) and the Tower of London (c. 1514) though others suggest its real heyday was during the 17th and 18th centuries. Galletting is rarely found outside of the South East, specifically between the North and South Downs, where sandstone is common, and Norfolk, where flint is abundant. That these two areas are not contiguous adds to the mysteries surrounding the technique’s development and spread. Even today, its original purpose remains uncertain – was it used a) to strengthen and protect mortar binding irregular stonework; b) for purely aesthetic effect, form with little or no function or c) to protect the building from witches, demons and their ilk? Today most galletting work is restoration and conservation.
Dr Colin Arnott, a galletting devotee, has an excellent website covering everything you might wish to know. Click HERE

The basics of mortar are simple: it is “a paste obtained by adding water to a mixture of fine aggregates (e.g.sand) and a binding (cementitious) material (e.g. lime or cement, on their own or combined)”. However, mixing the right sand and the right cementitious material(s) in the right proportions with the right amount of water will determine success or failure, now and for years to come.

Generally, getting the sand right is rarely an issue but choosing between lime and (Portland) cement is critical and it is frankly extraordinary how often even professionals get it wrong. It’s critical because the alternatives behave so differently they cannot be interchanged and using the wrong mortar will compromise structural rigidity. Therefore, any repairs to and/or repointing of an older brick/stone building must replicate the exact formula of the original mortar.

Incidentally, both English Heritage and Historic Scotland have banned the use of cement on all historic buildings because it encourages damp and can actually bring down centuries old buildings.

The Benefits of Lime Mortar:

The mortars used in brick restoration, brick replacement and repointing require particular attention. Yes, the style of the pointing must be in sympathy with the style (bonding pattern) in which the masonry is laid, but the new mortar must:

Please Note: Where a perfect match is required, we send a sample to Heritage Brickwork Restoration for analysis and then create a test panel alongside the original brickwork.

Understanding the general requirements above is just the start. Next, the exact, specific mortar for the job must be established and then mixed. The permutations are therefore many and various but if your builder doesn’t have craft and understanding…
Here are just a few mixes that demonstrate the complexity: